What can possibly be wrong with family courts in Harris County Texas? the obvious answer is it seem like every thing imaginable.  This court system might be the most lawless Government Institution in Texas.

Family courts are more unpredictable and feared  of any branch of government in Texas today.There the law is not what the judges say but what each individual judge claims the law is to him and what his ruling is going to be irrespective of laws, statutes constitution or president.

In July 2018 Family court judge Charley Prine dismiss a family court case that was filed in 2015. He dismissed the case irrespective of the fact that the petitioner was in court on foru occasions in the past 2 months.  In 2015 Judge Prine ordered a default judgement without process or prof of service, then threw the petitioner from his home of 14 years, turning the home to the respondent that had abandoned the house two years earlier. 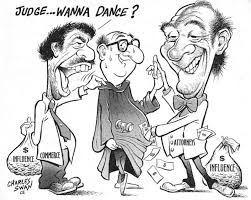 Process Service.
This is done by providing a copy of the official legal documents filed with the court in a specific manner, called “service of process.” The person or entity instigating the action, the “plaintiff,” is then required to provide proof that the other party, the “defendant,” has been properly served by filing a Proof of Service form with the court. To explore this concept, consider the following proof of service definition.

Prine had neither certificate or prof of service.

Judge Prine was recused from the case by an administrative judge and the case was assigned to court 309. Well what do you know? the Judge for court 309 and 246 worked prior as judge and associate Judge and in August 2018 the Judge of 309 recused the court recognizing possible conflict of interest.
On December 5th,  Court 310 was selected  to hear motions to Return the case to conditions that existed prior to the Dismissal of the case by Judge Prine in July 2018, to reinstate the case and to end wage garnishment.


Here comes Associate Judge Conrad Mohen to adjudicate the motions and began with a sequence of comedy of unbelievable errors that had some to question if this was a rehearsal or an actual hearing. The judge called the docket for 10 am and both parties for the hearing reported present. At about 10:45 the judge called the parties for the hearing referencing the above motions. The Petitioner was called and approached the bench. The Judge could be seen reading for a prolong period while the petitioner waited.
Trial court judge 246, angriest most out of control judge.

The Judge after about 5 minutes ordered the Petitioner to present his case. No swearing or affirmation and no respondent. The petitioner pointed to the judge that the respondent was in court and might be in the corridor. Judge Mohen ordered an officer to call the respondent.

The question is what was the judge thinking when he ignored basic requirements of courts real or fiction to swear or have litigant affirm truthfulness prior to providing testimony.The other question is what took the judge 5 minutes to read two obvious and simple motions. If a case is dismissed all temporary orders associated with the case are essentially made moot, which is the situation in this case. Also a motion to reinstate was timely filed and accepted by the court. The judge has to respond to the motion within about 75 days. failing to respond the reinstatement should be effected as affirmed.

Judge Mohen left me with the impression that he disliked the history of the case and decided to initiate a mockery of a trial he knew he was going to arbitrarily deny without testimony.  How  does his decision aid any party to the case?A review of the docket entry reveals no reason for the dismissal of the motions. a Judge is supposed to provide direction that resolves dispute. Can anyone conclude this semblance of a banana republic mockery help resolve any dispute. 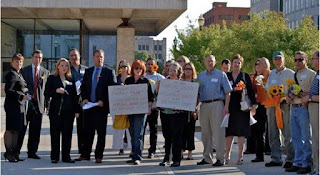 Judge Mohen continues to degrade the reputation of Harris county family courts. The reputation of the court is in peril and embarrassing incidents like these only add to the the lack of profession integrity in the courts. These motions were not addressed by the judge with any level of integrity, there was no basis for these dismissals and it is laughable to have a respondent simply say I disagree with a motion and for judge to conclude the motion warrants dismissal. It that the acceptable standard for evidence in Harris County family courts?

Unless and until these judges are made to be responsible for their decisions the judicial  system in Harris county will continue to be in chaos with stories of corruption and judicial malpractice over shadowing the court.

familyactivist@gmail.com
Posted by Jules Williams at 11:36 AM