Amazing stats from the Census Bureau regarding Family Courts.

The Census Bureau reported in 2002  21.5 million parents had custody of children and 13.4 million children with other parents. Family court judges controlled the private lives of 48.3 million . The Census Bureau reported $40 billion dollars in transfer payments were made between State and  family  legal institutions  from house holds this money transfers are either controlled or initiated by Family Court judges, in many instances associate judges.

Major social trends of the past three decades, including no-fault divorce, illegitimate births, the feminist movement, the redefinition of domestic violence, and aggressive enforcement of household-support laws, have vastly increased the number of Americans who come into family courts. Decisions of family court judges are seldom reported in law books and seldom appealed or reviewed. Not only do few people have the funds to finance an appeal, but since decisions are a matter of judicial discretion, the chances of overturning a family court judge are close to zero unless gross judicial abuse can be proved.

Divorcing parties who separate amicably and reach a private final agreement to divide their property may not realize the power of the family court. Decisions about child custody and household support are never final and are always subject to attack by either parent. One parent can challenge a private custody agreement at any time for any reason. The family court has the power to ignore private agreements about child custody, even if in writing and signed, and order new custody and support terms on Judges Take Over Parents’ Rights  the theory that new circumstances require the court to reevaluate its prior decision.

Family courts got the idea that they have discretion to make independent decisions about what is in a child’s best interest, especially for children of divorced or unmarried parents, even though little or no objective standards are set forth in statutes. The concept that persons other than parents are better able to decide what is the best interest of a child is illustrated by the slogan “it takes a village to raise a child.”

The notion that the “village” should make childrearing decisions rather than parents is manifested in the way the public schools have taken over many responsibilities tradi- tionally in the domain of parents, such as providing meals, healthcare, and pre-kindergarten services. Public schools notoriously assert their right to override parental decisions about the assignment of books that parents find immoral or profane, the use of privacy-invading questionnaires, teach-
Posted by Jules Williams at 2:46 PM No comments:


I came in contact with Family Court Judge Charley Prine in 2015 when I filed for divorce in a case where my X abandoned the home leaving the children with me. This was the best result ending many years of turmoil. January 8th 2016 was the pre trial for my divorce case and I showed up and waited for about 3 hours when a 5 foot 3 inch chubby guy walked towards me and indicated he was representing my X. I inquired of him as to his contact and email address but he barked something to the effect that I would get that information in time.

Months passed but I never did hear from the Attorney. Then he requested hearings only to either not show or request resets. Early June 2016 I received a court date that he requested, arrived in court waited for hours but there was no show by the attorney. About 1 pm he showed, requested a reset then strolled toward the clerk office. I followed him only to overhear him requesting a date for the following week. I informed him in the presence of the clerk that I would be out of State for the remainder of the month of June and that I would be back 1st week in July.

The attorney was notably angry stormed away and said I will get you using time since you do not know what you are doing.

Prine was dividing assets prior to trial. 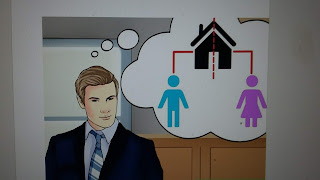 I returned to Houston 25 of June and decided to hire an attorney since my X had herself hired one that seem to me to be lacking credibility. We immediately researched the court docket to find a secret hearing was conducted on June 21st 2016 without notice to me, or process service that resulted in a default judgement. I immediately filed a motion to set aside and a motion to modify the the default judgement.

Any one of these motions should have
Prine Had already made up his mind.
represented a legal appearance and should have negated the default judgement. Yet Judge Prine decided to have his associate Ramos hear the motion for modifying the judgement and he denied the motion to set aside. DENIED he shouted loudly. We requested a reason and he said sarcastically I never said you cannot file a motion to modify to which we replied we already did.

The motion to modify started but was reset until October 31st when final trial began. This judge was prepared to do every thing in his power to ensure he his predetermined preference was established in this case. The judge refused a jury that I had requested and paid for on the day of the trial. I arrived in court and it was obvious after  3 attempts at final without a jury, Judge Prine was going through the motion knowing no jury was going to upset his plans or alter his pre decided decision concluding the case.

On November 1st concluding 12 hours of trial Prine sat on his chair and attempted to shred my life to threads. He  gave my X sole managing conservator of the children and imposed child support totaling about 40% of my income. In Texas neither parent  can loose managing conservator of  their child unless that parent is a threat to the child and community properity is usually divided 50/50%. My children lived with me all their life, even after their mother abandoned the home. I was thrown from my home by means of an illegal default judgement, ordered by judge Prine. My home of 14 years. 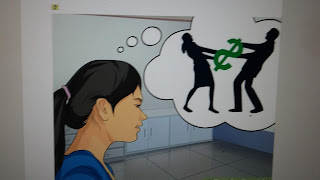 Judge Prine tears caring parents from their children. I am under no illusion, judge Prine cares less about best interest of children and more about the amount of money he brings into the State coffers.

Judge Prine gave control to a mother who admitted using Vicodin. She explained she had the medication from 2006 when she gave birth. The drug was found in 2014 when she abandoned the home and the honorable judge fell for that. Judge Prine ordered she sell my work van and give me 30% of the proceeds from the sale, he ordered I purchase insurance and name her as beneficiary.

He ordered I pay her credit card debts  she incurred from her aggressive night life. The judge deprived me of my work van that I purchased months prior to my X abandoning the home. The judge ruled that I was cruel to my X and I committed adultery with absolutely no evidence. In hind sight he knew that a fault divorce was the only way he could take conservatory of my children a strip from me everything I owned but the clothes on my back. Texas is a no fault state most divorces are due to insupportable. Prine had to find fault in order for him to reap havoc, depriving me of ability to earn a living.

Judge Prined initially ruled that an account opened in a foreign country years prior to marriage be taken over by my X. Prine has his own children and family yet he does not care about other parents children. 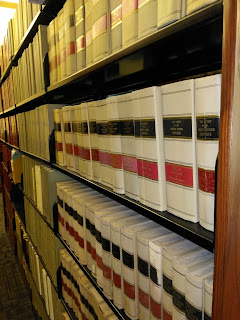 I have filed a civil rights law suite against Prine and discovery is to begin in December, in spite of Prine ridiculous defense that I have no jurisdiction, venue or lost to file a case against him. Prine sure has nerves.

After three attempts to recuse Prine from my case an administrative judge has concluded due to economy concerns and question of legal facts Prine should be recuse. The assign court of which Prine was Judge voluntarily recuse itself noting possible conflict. Judge Prine has so poisoned this case that  other judges are reluctant to be involved with it.

Prine once said to me that it took 4 years to become a lawyer and there I was playing lawyer. I thought his point of view was correct. Today I am scheduling graduation with an associate degree on route to the 4 year degree he suggested.
I have filed more than 250 motions and notices to family district courts, filed 2 appeals to the Court of Appeals, an appeal to the Texas Supreme court and a Civil rights law suit to the Southern Federal District Court. My desire is to take my Civil Rights law suit all the was to the United States Supreme Court. 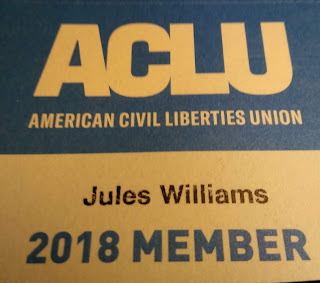 I am now a card carrying member of the American Civil Liberties Union and a solider in the fight against civil rights violations of every American. Thanks to Prine I am a certified election observer and will be volunteering at a polling station for the November 6 midterm elections.
I am not disappointed rather thrilled for the opportunity presented to me because of obvious evil and mischief that I experience at the hands of Judge Prine. Whether Prine loses or wins the election on Tuesday I am sure he will never the same punitive and repressive man that he is today. Some way we have to expose wrong doers in our communities especially public sector officials.
Judges are to uphold the oath to be fair and just. Family court judges should not be punitive and oppressive. Their professionalism should bring them respect. Judge Prine uses violence anger and intimidation to drive litigants in his court into submission.

We have to protect our children from all sources of evil especially evil from institutions charged with assuring  their best interest. Judge Prine has proven to be a bad, reckless judge he is a liability to communities, children and parents. This blog warns of reckless judicial officials who prey on minorities who are no match for their power and influence. 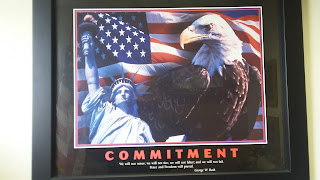 I hope no family has to experience what I have experienced from the hand of family court  judge 246 Harris County Texas. I advise every voter this election season Republican, Independent or Independent. Regardless of your ethnicity, not vote  for Judge Charley Prine. For our children and communities Prine is a liability.

We have to remind politicians and the judicial community with the potential to affect lives and interfere with liberty that the result of reckless decision, political and judicial oppression against law abiding citizens can only lead to anarchy. Family court judges cannot be given legislative  immunity from prosecution by politicians. The power that judges enjoy is enormous. That politicians would tie the hands of litigants with limited resources and expect them to receive justice against a judicial army is ridiculous and frankly mischievous. These politicians are not credible and are not working consistent with their oath or the best interest of the country.

America's greatest need is to restore justice for all. Our major problems are associated with injustice and violation of Civil and Constitutional rights regardless of which political party is in power. We as citizens have to recognize that fact and use political cycles to effect change. If we dont we are like foot ball players allowing the ball access to our own goals instead of defending it.

ELECTION NOVEMBER 2018 IS A MAKE OR BREAK EVENT FOR AMERICA. THIS COUNTRY CAN EITHER BEGIN ITS RESTORATION OR WITHIN A FEW YEARS, AMERICA WILL NO LONGER BE THE COUNTRY WE DREAM OF LIVING IN.

THIS ELECTION IS MORE IMPORTANT THAN MANY IN THE PAST AND SHOULD NOT BE TAKEN LIGHTLY. PLEASE VOTE OUR COUNTRY'S FUTURE DEPENDS ON EACH VOTE.

This post is dynamic and will be updated as events occur.


Posted by Jules Williams at 6:16 PM No comments: